When I wrote about funding for the year-to-date for ed-tech companies at the end of June, I noted that there had been a significant downturn in the amount of investment dollars flowing into the sector as well as the number of deals being made. A couple of factors were a play: 2015 was a record-setting year for ed-tech funding, so it would’ve been tough to keep up let alone surpass those figures. And furthermore, venture capitalists seem to have been tightening their belts in the early months of 2016 – not just in ed-tech but across the entire tech industry.

But just last week, investment analyst firm CB Insights published a blog post with the headline “Global Ed Tech Startup Deals And Funding See An Uptick.” I usually report funding on a month-by-month basis, but I grouped the data by quarters so that I could compare my numbers to CB Insights’. The numbers are different; the patterns, similar: 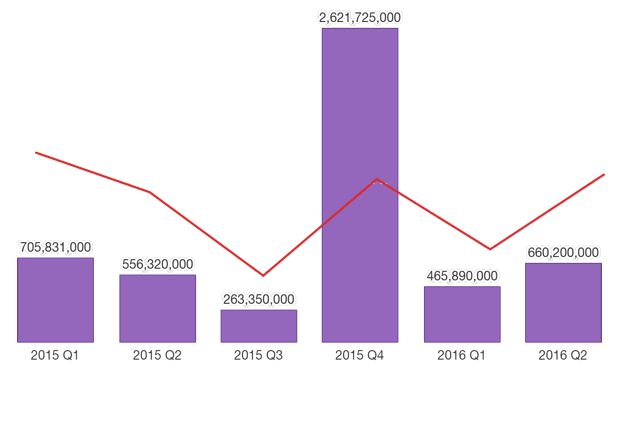 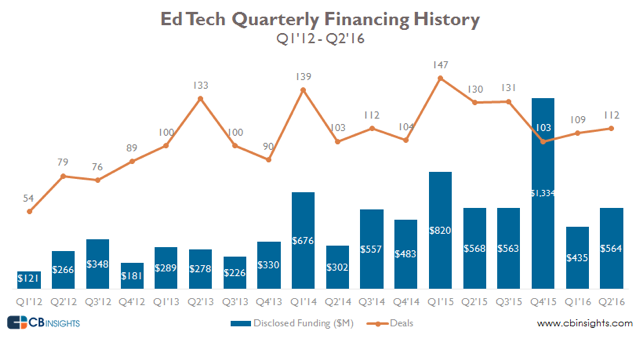 Here's a different look at the same data: 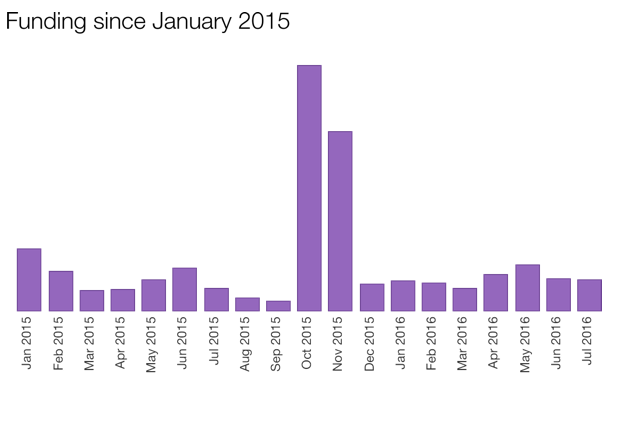 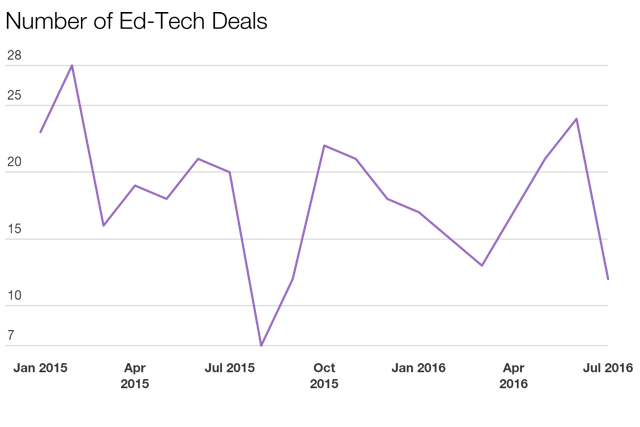 For the month of July, the number of investments and the amount of investment both fell from the previous month:

Dollars were off about $5.4 million from June. There were half as many deals.

I suppose we can debate whether ed-tech has seen an “uptick” or whether the “dip” will continue. I’m not sure that matters all that much as funding levels have always fluctuated month-to-month and quarter-to-quarter. But I think we are seeing an increase in the size of investments (something that skews both the totals and the averages) – and this likely marks a maturation of sorts for the sector. Lots of companies will not be able to raise Series B, C, etc rounds, and in the current funding climate, they’re likely to struggle (close their doors, be acquired). (When I hear many ed-tech startups boasting that they have 50 employees, I smell an unsustainable burn rate.)

When it comes to what investors still seem to like: test prep, student loans, and coding bootcamps/apps/hardware.

As always, the data that powers this analysis is freely and openly available via GitHub.