There should probably be an asterisk next to that figure for a couple of reasons. First, $500 million of it went to the student loan startup SoFi (which says it plans to expand beyond student loans). I’ve also excluded from this particular calculation the news this week that research network ResearchGate raised $52 million as that deal was actually closed in 2015 (but not disclosed until now).

If you include SoFi’s $500 million, the totals for this month were almost three times as much as those in February 2016 and double the totals for the same time in 2015. But if you don’t count SoFi – and many ed-tech publications prefer not to talk about student loan financing (I’ve written more about that here) – then the figures for this month were off by more than half from this time last year. 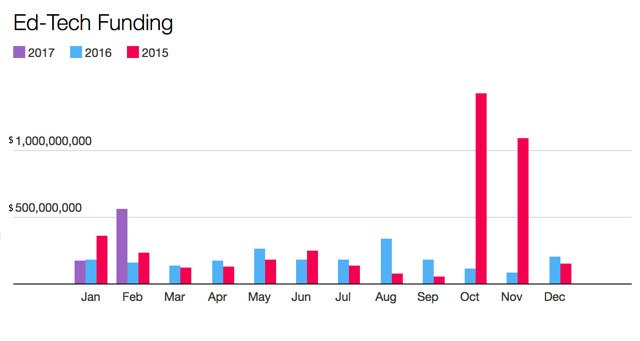 Here are the totals for February 2017:

Student loans companies – particularly with the massive Series F round for SoFi – obviously continue to be the most well-funded type of ed-tech startups. Learn-to-code companies also remain popular among venture capitalists. 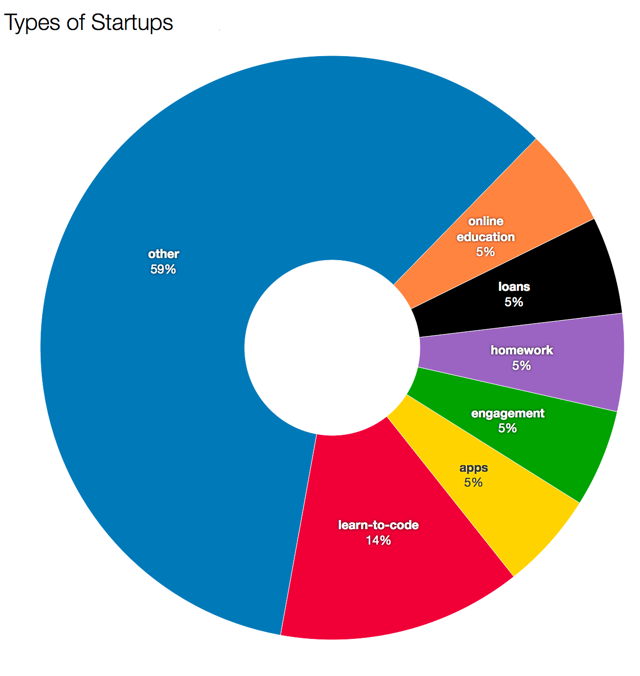 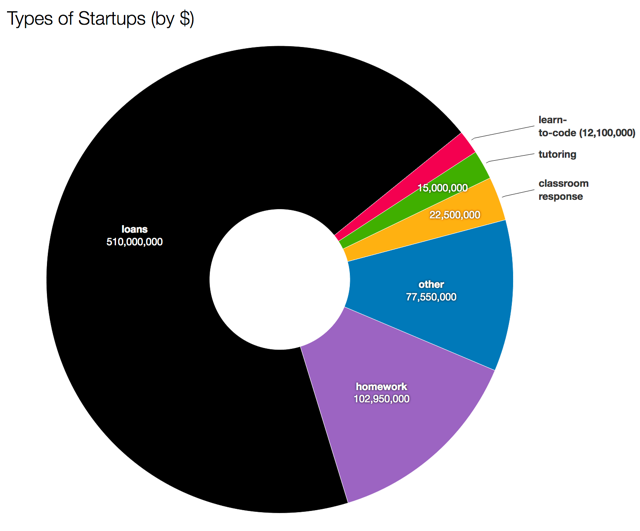 As always the data for this project is freely available on GitHub.